RPG in Prisons - An archived article from 2010 was recently doing the rounds in Facebook RPG groups, here is more information on the topic and some relevant thoughts and experiences.

Among other topics, this video of a discussion at GenCon 2019 covers role-playing games and prisons.

Most prisons are based on the punishment model rather than the reinforcement model, even though extensive research shows that positive and negative reinforcement techniques are much more effective than positive and negative punishment approaches. Much of the point of most prisons is that the convict loses some rights. Prison is not supposed to be enjoyable. Nor is it generally designed as a safety net, as some that end up in a more institutionalized condition by the penal system, providing the security of "three meals, four walls, and a cot". There are many other non-prison approaches that are better approaches to solving those issues. So any arguments for the rights of a prisoner, or for their enjoyment to help make prison a better experience, often falls on deaf ears for the majority of the stakeholders involved.

Instead, using arguments pointing out the potential for making life safer and easier for the administrative staff (guards, wardens, medical staff, etc.), less expensive for tax payers, and more profitable in the case of privatized prisons, will be more effective approaches.

Research appears to indicate these bans started mostly because of Patricia Pulling and B.A.D.D. (in partnership with psychiatrist Dr. Thomas Radecki of NCTV (ironically he is now in prison)). When she was providing "training" to law enforcement facilities, and handing out brochures on the "dangers" of RPGs. The prison system piled on, expanding their book bans to include role-playing games, and most have refused to let up since. While the many schools, libraries and other facilities that joined the ban in the 80s have mostly ended their bans, the prisons are mostly standing firm. For example the United States 7th District court extremely far-reaching rulings in 2010 continuing the ban on D&D and all other role-playing games. This is now constantly cited in other states as precedent for the ongoing bans.

Over the decades I have periodically received letters from prisoners regarding the bans against role-playing games like Dungeons & Dragons (D&D), asking me to share the research about the benefits of RPGs, try to talk the warden/superintendent, administrative staff, boards, and other stakeholders into removing or at least modifying their bans. I have been receiving letters from prisoners asking for help, because of the research. I don't think the civil rights argument was a wise approach for a prisoner, especially a "lifer", (or the entertainment argument would be helpful either, as Michael Brown's response is typical on the topic).

Research shows that role-playing games are exceptionally for at-risk and troubled youth. Research and evidence in practice also shows strong indicators of the success RPGs have in reducing recidivism rates from 83% to less than 20%, when used as part of a transition plan program for those recovering from substance abuse issues.

It is possible that unsupervised and unstructured approaches for this population, especially for more serious violent offenders in higher security facilities, may be more problematic than others, especially those scoring high on trait-based hostility. Especially for those with more serious mental health and/or violence issues, completely unregulated or unstructured access is contraindicated for D&D 5th edition and other games lacking behavior guidance . A more structured approach to allowing RPGs is probably recommended, to achieve the many potential benefits.

Instead I think a more effective argument to persuade facilities to allow some access to RPGs would be pointing out the plentiful research (for brevity sake I am combining correlative and causal research here) on development of empathy, compassion (Pirnack 2013), potential reduction of meaninglessness, depression, & suicide, learning the benefits of cooperative problem solving (despite their argument that could be used for prison break), overcoming personal differences to achieve the "common good", etc.

For sexual offenders (and survivors), Jack Berkenstock Jr.​ The Bodhana Group​ has some ideas regarding the use of games, including RPGs, as intervention modalities.

RPGs could potentially _reduce_ the problems and administrative costs from prisoners, by potentially improving the behavior and environment for some of the participants.

Especially for those facilities that allow directed recreation and/or Therapeutic Recreation /Recreation Therapy, under the supervision of a TR specialist, plenty of benefit can be argued (again potentially, based on research from other related populations) for reducing in-prison violence, overcoming gang lines and other personal barriers, etc.

I personally GM'd (years ago) players from rival gangs, which lead to their out of game conflict reducing (I only found out later, didn't know at the time).

I also ran a game in the Salt Lake County Jail around 1991, for about a dozen prisoners in group "quarantine" (part of the intake process), using pieces of paper with random numbers as a workaround to the ban on dice. Using a light version of MERP (Middle-earth Role-Playing) rules. They found it a wonderful diversion, and no contention occurred, instead camaraderie built among them, including those from rival ethnic groups/gangs. There had earlier that week been a stabbing with the handle of a broom dustpan between some black and Latino prisoners, so tensions were exceptionally high.

In various programs, I have seen some early indicators regarding using RPGs for at-risk and troubled youth, including in-patient and incarcerated youth, RPGs provide an alternative focus to their drug and gang culture, and with a proper transition plan can provide a new social support group of peers, potentially reducing the risk of immediately returning to their drug-culture and/or gang-culture peers.

I have often had players that had lifelong (non-game-related) rivalries going back decades, get along wonderfully in-game. This sometimes translated to RL.

I have too much on my plate right now, but taking this on is on my TODO list. I would like to begin with a survey of as many prisons as possible. Starting in the Northwest USA, and then spiral outwards. Contacting by phone, email, postal mail, or in person, and creating a list of the prisons that allow, ban, or partially ban, access to RPGs, and their criteria for any restrictions. Then asking those that allow RPGs, if any issues have been noticed. If results for those allowing have not been problematic, then arrange to meet with those that have bans, to show them the research and precedent of other facilities (that match the type of institution), to show them what has worked, and the approaches that might want to be avoided.

The head of the EWU Therapeutic Recreation department, Professor Emily Messina, ran recreation programs, including group and cooperative activities, in Florida's penitentiary system for many years, and she is willing to help me in taking this on here in Washington state. When I have the time. While I think this is a challenging population, especially for the more extreme violent & sex offenders, the potential benefits, based on the results with other populations with similar issues in other settings, could be significantly helpful in lowering the hassles and expenses of the prison administration. I haven't had a chance to follow up, partly because the prison administration community doesn't seem very open minded about alternative approaches to many things, hopefully Professor Messina's background will help in educating these facilities. Again, I have a lot on my plate, so I am not sure how soon I can address this, bu when we get there, we'll see how how it goes.

While some facilities are nervous about any group activities, (though many allow activities like basketball and similar) there are many that already allow group recreation activities, including TR programs, so these might be the best facilities to establish precedent for RPG, if they currently have bans.

Regarding the "placing a prisoner in superiority over other prisoners" argument, they should keep in mind also applies to trustees and similar programs. However, a workaround for the administrators concerned about this, is if they have any recreation supervisors, Therapeutic Recreation specialists (or other therapists), etc. that can act as the GM during group sessions, such issues can be addressed. Potentially having a trustee of the RPG materials in the recreation area is another consideration for facilities without sufficient resources for trained Therapeutic Recreation Specialists or similar. Professor Messina's approach for many recreation activities, there was a rigid checklist, and no one could leave the recreation room until everything was back in the place where it belonged, this is pretty typical approach.

Regarding those concerned about RPG-based violence, or participants with mental health issues. There is plenty of research indicating that using RPGs (including D&D) can be VERY helpful for those with mental illness. http://www.rpgresearch.com/healthcare this includes addressing violence, depression, suicide, schizophrenia, and much more.

UPDATE (May 31st, 2016): On Facebook, user W. C. indicates there are some facilities in the west side of Washington state that allow prisoners to have, and play, D&D, as long as the prisoners can afford to purchase the books, dice, etc. themselves. I will try to get a hold of those facilities to find out how that has gone, and use as precedent for the banning facilities. He mentioned: McNeil Island and another one a few hours north of Tacoma.

UPDATE (June 1st, 2016): On Facebook, Raffael Boccamazzo PsyD, provides a helpful nuance to the Washington state approach for facilities he worked in. He stated: "One thing to consider is that the court did state that there was no compelling evidence that D&D leads to gang violence. The ruling basically says that prisons have the right to restrict certain things that they suspect are against their interests. Incidentally, I trained in one of those prisons in WA that allowed it, sort of. There were certain offenders who were allowed D&D, but some who were not. It had to do with their diagnoses and treatment programs. For those who had pathological escapist and avoidance tendencies that people surmised contributed to their antisocial behavior, they were not allowed to play. Others were."

UPDATE (June 1st, 2016): A user on Medium.com, Dominc Amann, states, "... I suspect if it would make an even better early intervention — part of a guns and gangs strategy that happens in at-risk-neighbourhoods before kids are found on the wrong side of the law." I agree, early intervention is critical, that is why I have been involved with programs for at-risk and troubled youth for many years now, and the results are looking promising. Repeated correlative research shows consistently that regular tabletop RPGers have much lower levels of criminality, violence, suicide1,2, 3, meaninglessness, etc., compared to their non-gaming peers. 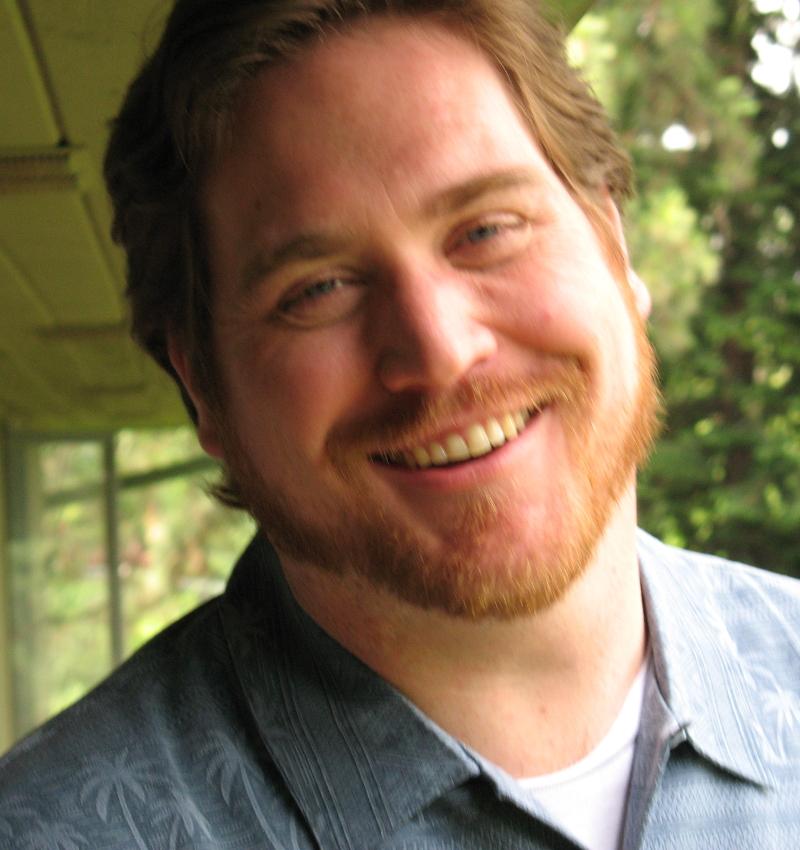